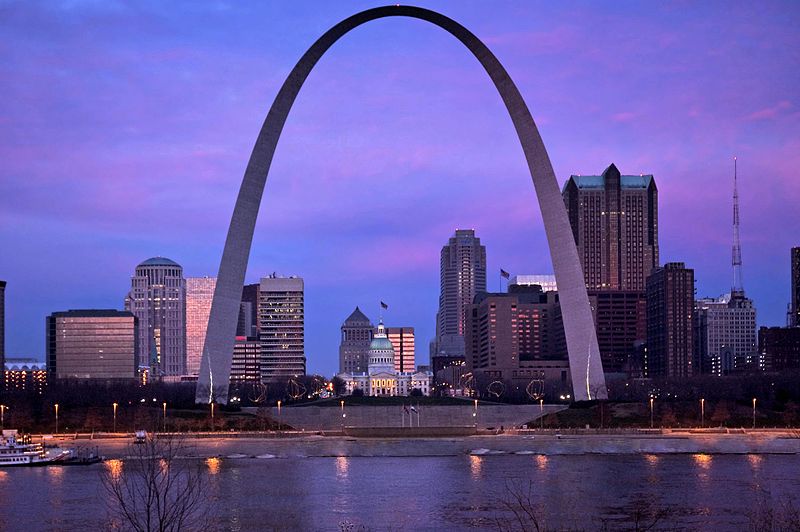 The Getty Foundation recently announced grants of over $1.7 million to be used for architectural conservation as part of its Keeping It Modern initiative. One of the eleven 20th-century buildings chosen is the iconic Gateway Arch in St. Louis. Keeping It Modern is an international grant program that prides itself on the architectural conservation of important buildings from the twentieth century. The program started in 2014 and has supported 54 grant projects so far.

The Gateway Arch is widely considered a pinnacle of structural engineering. It was built to commemorate Thomas Jefferson’s vision of a transcontinental United States. The project began in 1935 when President Franklin D. Roosevelt designated the property along the Mississippi River to be developed as the Jefferson National Expansion Memorial. The building was designed by Eero Saarinen in 1948 and completed in 1965. The Arch is constructed of triangular segments, with double-wall carbon steel forming the interior and stainless steel as the exterior.

Throughout the years the stainless steel cladding has been subject to soiling and wear. The conservation team will tackle this problem with the aide of the National Park Service. Large and small mock-ups will be created for field testing with the end goal of presenting multiple treatment recommendations for the brushed stainless steel exterior. The grant will provide $180,000 for this project.