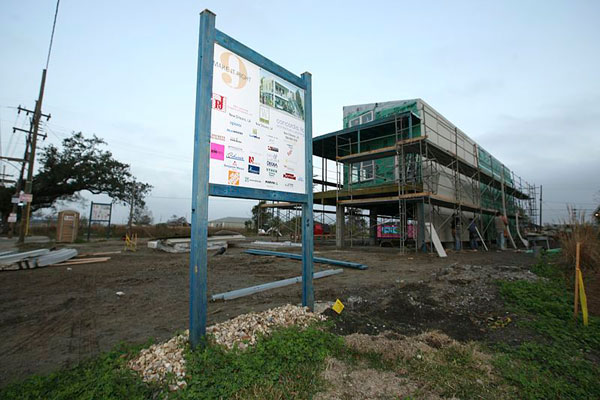 The actor Brad Pitt and his foundation have come under fire after homes built for residents that were hit hardest by Hurricane Katrina developed leaks and flaws attributed to defective design work.

Between the years 2008-2015, Make It Right set out to build 150 homes in New Orleans to replace ruined homes. These houses were sold at affordable prices to former residents but many of them houses started deteriorating much sooner than expected.

On September 7, 2018, New Orleans attorney Ron Austin filed a class-action lawsuit against the Make It Right Foundation on behalf of two residents whose homes were damaged by leakage. Austin issued a statement expressing his belief that “Make It Right, its board members, including Pitt, and chief officers knew about the structural and construction problems associated with the Make It Right homes for years, yet said nothing to the residents,” according to NOLA.

In turn, Make It Right filed a lawsuit against the project architect John C. Williams for the defective design work. The foundation accuses Williams of being responsible for several failures to adequately waterproof the homes. The lawsuit does not hold Williams liable for damages caused by TiberSIL, an experimental weatherproof wood product. Make It Right sued the manufacturer of Timber SIL for $500,000 back in 2014. In a prepared statement, the Make It Right Foundation pledged to work proactively with the homeowners.