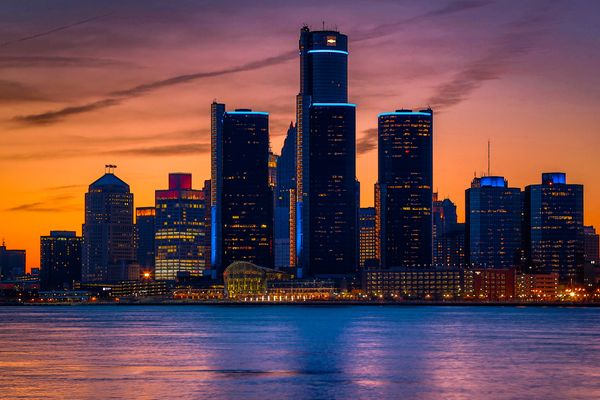 In 2013, Detroit became the largest municipality in the country to ever have filed for bankruptcy. Nearly 7 years later, city leaders are bringing the city back from destruction: one revitalization project at a time.

While the city still has many problems, ranging from abandoned buildings to infrastructure issues, city leaders have begun implementing initiatives to revitalize the city. Big on the docket: city planning. According to an article in The Architect’s Newspaper, Maurice Cox, architect and former Charlottesville mayor, has developed a team of “36 planners, architects, urban designers, and landscape designers” billed as a think tank to reignite the city of Detroit—preserving existing culture while rebuilding infrastructure in a fresh and vibrant way that will encourage investment and draw new populations to the city.

Cox and his team are determined to harness Detroit’s high levels of community engagement, taking advice gleaned from town halls and other resident inputs to achieve their goals. Many of the team’s initiatives have focused on areas with low population density that are surrounded by higher population-dense areas. Their plans have included a new bike/pedestrian loop through median-income neighborhoods, neighborhood re-designs, and building incentives throughout the city.

In the spirit of preserving Detroit traditions, developers have been given double density allowances if they are able to preserve the architectural facades of buildings while re-designing the interiors. This plan is one of many ways that city planners are trying to encourage developers to keep the unique landscape of Detroit in tact while providing new and improved spaces for residential and commercial use.

Another initiative being put into place by developers Fitz Forward, is a complete overhaul of the Fitzgerald neighborhood, where over 300 properties will be revitalized. By remodeling some homes and beautifying vacant lots with parks and meadows, the developers seek to draw targeted populations to the neighborhood, thus revitalizing the area for current residents as well. Fixing up run down properties and drawing in new tenants helps home owners currently in the area by bringing up property prices and making the area more secure.

These types of projects show forward thinking on the city planner’s part: by determining the needs of current and future citizens alike, they are aiming to use design as well as innovation to heal the city. Both strengths and weaknesses abound in Detroit, but Cox and his team are working hard to “provoke a new kind of urban revitalization: one in harmony with nature and existing cultures, [and] informed by the urban progress made over the last few decades.” (ArchPaper)