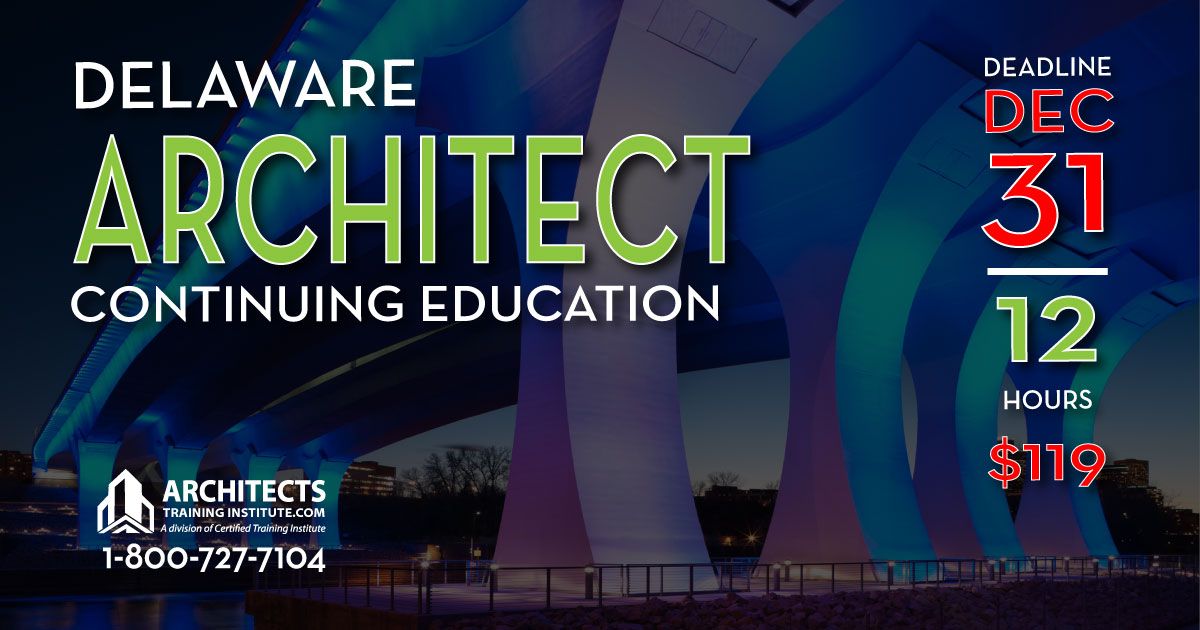 On December 7, 1787, Delaware became the first State to ratify the U.S. Constitution. It’s currently nicknamed “The First State”.  The Delaware River and Bay were named after the governor of Virginia, Thomas West, Lord De La Warr by the explorer Samual Argall.  Delaware is also famous for a few of its oldest architectural landmarks. You’ll find just a few of them in the images and descriptions below.  Although these buildings weren’t designed by Architects as we know them today, they represent American architecture’s early beginnings. Perhaps the buildings and structures you design today will become tomorrows architectural legacies. 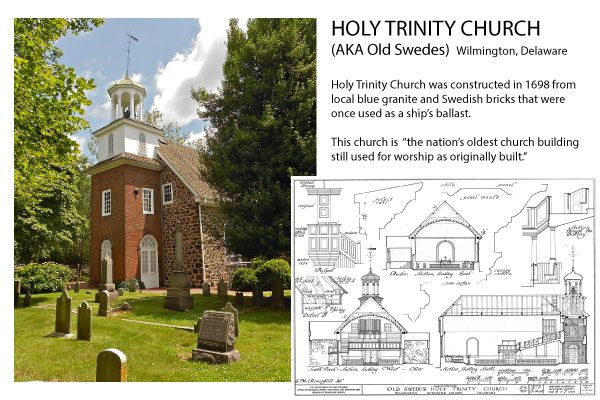 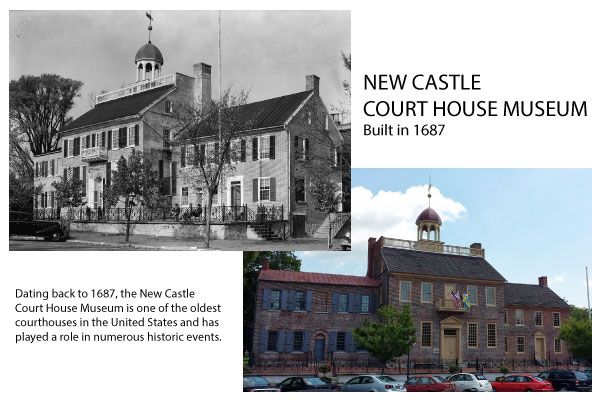 Architects in Delaware are required to complete 12 hours of continuing education each calendar year by December 31’st.
They are required to renew their license by July 31 of odd years.  AIA members must complete 18 learning unit hours including 12 HSW hours annually.