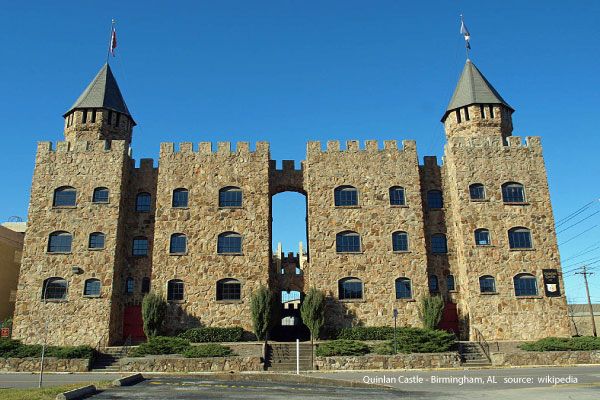 Let’s begin with the Alabama State Capitol Building in Montgomery. 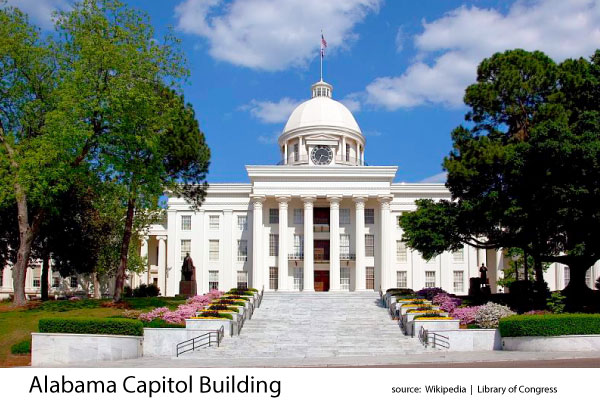 The first capitol building to be built in Montgomery was designed by Stephen Decatur Button of Philadelphia. Andrew Dexter, one of Montgomery’s founders, kept a prime piece of property empty in anticipation of the capital eventually being moved to Montgomery from Tuscaloosa. 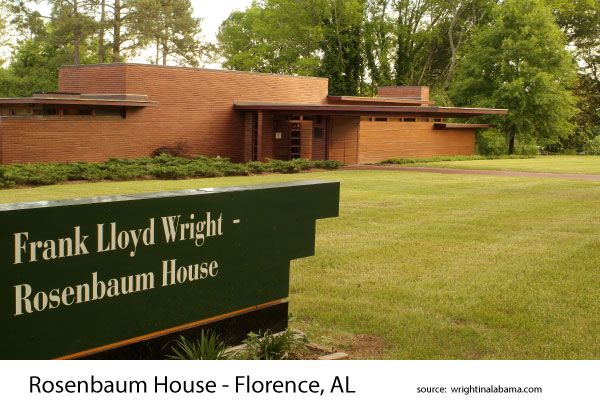 Architecture critic Peter Blake wrote in 1960 that “during the 1930s, Wright built four structures of a beauty unexcelled in America before or since.” Three of those are Fallingwater, the Johnson Wax Administrative Building, and Taliesin West. The fourth was the Rosenbaum House.  (wrightinalabama.com)

“The house is the purest example of the Usonian. It incorporates detailing improvements and combines all the standard elements in a mature and spatially varied interior. Its exterior has an almost overpowering horizontality. The street facade forms a cypress wall from which springs the carport, a 20-ft cantilever utilizing concealed steelwork. Ten years after construction, the Rosenbaum’s had Wright extend the house…”  — John Sergeant. Frank Lloyd Wright’s Usonian Houses: The Case for Organic Architecture. p42.

And Finally, the Cathedral Basilica of the Immaculate Conception 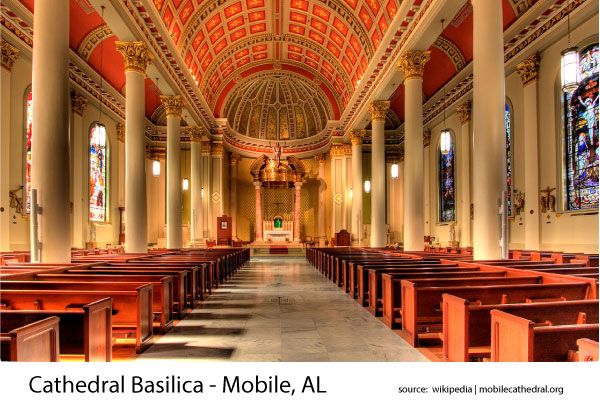 Mobile, Alabama is the home of the first Catholic Parish on the Gulf coast. It was established in 1703, one year after the founding of Mobile.  This Greek Revival style church is 162 feet in length and 90 feet wide. Was built in 1835 and completed in 1850.  Its architect was Claude Beroujon. (Wikipedia | mobilecathedral.org)

Architects in Alabama are required to complete 12 HSW hours annually by December 31st. and AIA Architects must complete 18 learning unit hours including 12 HSW hours annually. If you’re the next Frank Lloyd Wright or Frank Gehry, check out the online continuing education courses at Architects Training Institute. We look forward to assisting you in reaching your continuing education goals.