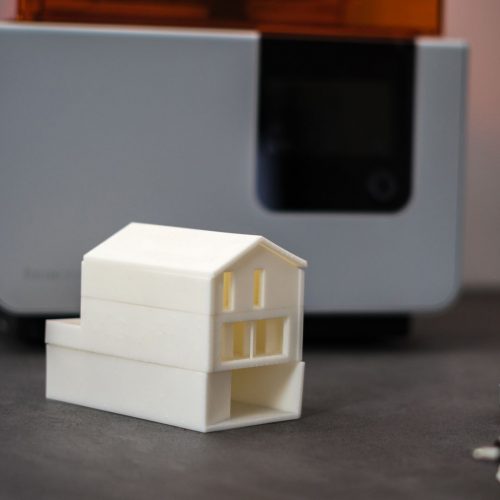 3D printing has been around in one form or another since the 80’s. A brief history of the origins and maturation of 3D printing processes can be found in this article, A Detailed History of 3D Printing from 3Dinsider.com (it’s detailed but brief, an excellent introductory article that’s worth the 10 minute read).

The mid-2000s saw 3D printing really hit its stride, after 3D printers became commercially viable and affordable.  Within the last decade, we have seen immense growth within the 3D printing industry, to the point where 3D printers are now affordable enough to be purchased by hobbyists. These developments have led to big things in the world of architecture, and so we’ve compiled a list of notable milestones within the last 10 years.

2010-Lowering the Cost of Architectural Models: Charles Overy, the founder of LGM (an architectural modeling firm) was quoted in the NY Times that his firm was able to reduce the cost and time of building architectural models from 2 months and $100,000 to one night and $2,000 using a 3D printer and homegrown software.

2013-Printing In Space: The European Space Agency (ESA) partnered with architects at Foster + Partners to investigate the feasibility of 3D printing lunar bases using lunar soil as the medium for construction. (3ders.org)

2015-The Bloom Pavilion: A UC Berkeley research team unveiled a 9x12x12 structure printed entirely out of cement polymers and was the largest printed structure at the time of its construction. (UC Berkeley)

2016-The Fastest Printer in the East: Chinese construction company HuaShang Tengda printed a 400-sq meter two-story house on-site in a month and a half. (3Dprint.com)

2018-US Military Utilization: “The Marine Corps Systems Command (MCSC) constructed [a] 46-square-meter building in 40 hours at the US Army Engineer Research and Development Center in Champaign, Illinois. (dezeen.com)

2019-Printed Neighborhood: Ground was broken on the world’s first 3D printed neighborhood in Latin America, a project by non-profit New Story and design firm Fuseproject. These houses are meant to be affordable, sustainable dwellings for underserved populations in rural Mexico. (newatlas.com)

2020-Anything Goes: If the rapid development and deployment of 3D printing techniques within the last decade is anything to go by, the future of 3D printing in architecture is bright. International infrastructure group, Balfour Beatty, is predicting that humans will no longer be present on construction sites by 2050 due to advances in robotic printing advances. Who is to say what tomorrow brings, but it is surely to be an interesting ride.